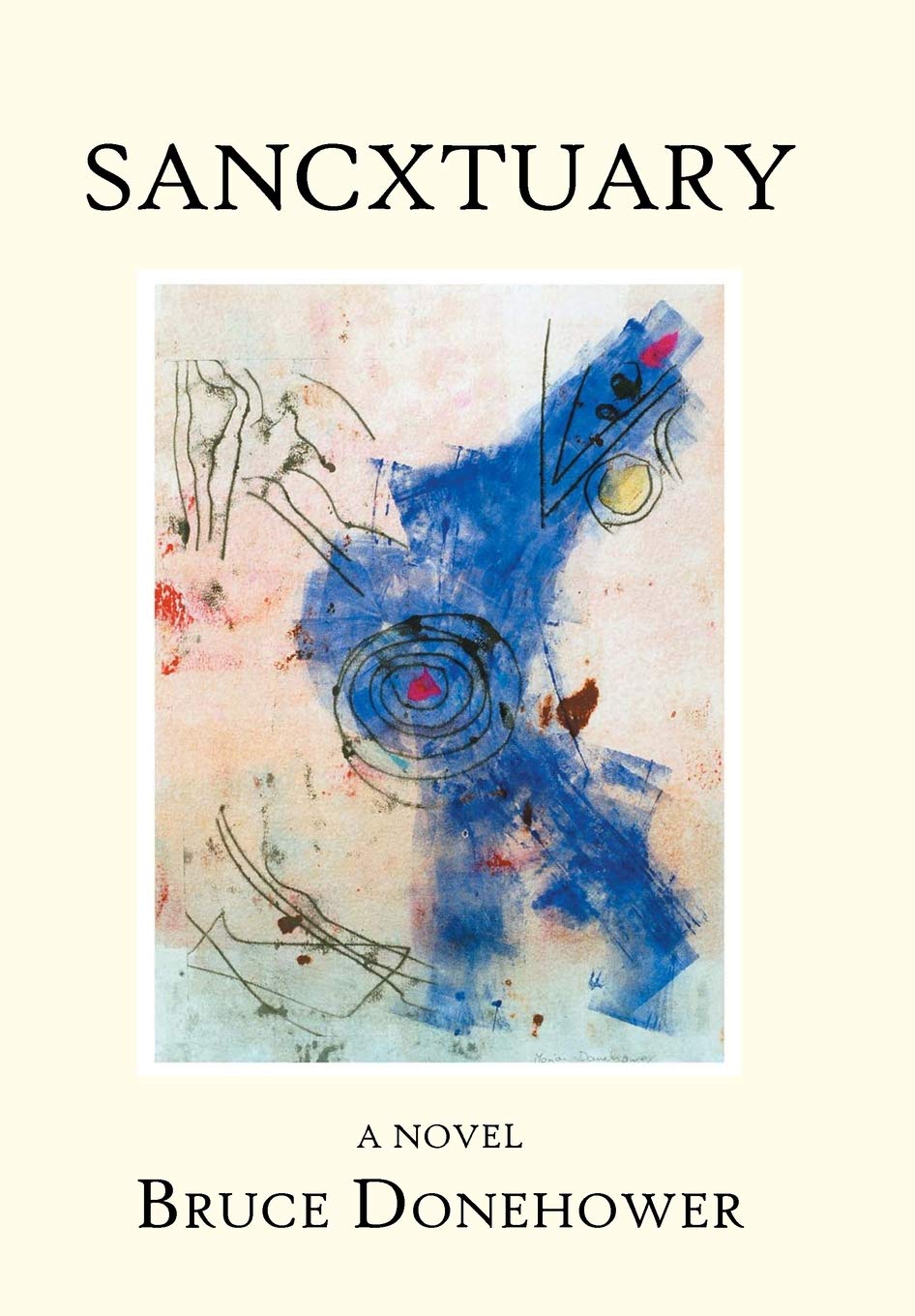 << Back to all books

By Bruce Donehower
A crew including colonial zealots, fairies, high-IQ physicists, poets and Mohawk Valley refugees all race to ground zero as the atomic clock ticks down.

Tracker-poet Mingo Aihouauk has a problem. Sister Hettie Starkey, shaman and devoted housewife from Tonawanda, New York, has summoned him to Niagara where an unsolved murder’s got Hettie’s husband, New York State Park Ranger Raymond Starkey (soon to retire!), thoroughly skunked. All clues point to Ohio—but worse, to Dedham College, a high SAT liberal arts school founded in the early years of our colonial settlement by notorious British aristocrats—and to a secret journal desperately sought. Could this journal be the key to the mysterious SANCXTUARY?

Hettie sure thinks so! But as Aihouauk and Starkey launch a wild road trip deep into the wilderness of Ohio, other characters complicate affairs. There's Mattie Rivera, for example-whose fugitive race to Buffalo suggests that she's the Mater Arcanum of this cabal. Or what about ten-year-old Joey? At novel opening (December 17) Joey sits in the American southwest desert trussed by his captors-who are lost. Joey remembers a word he saw spray-painted on a wall once upon a time: SANXTUARY (sic). He thinks the word is magic-but who knows? Soon he's the sorcerer's apprentice! Then there's G-Man Peter Ashe. As Guru, Gumshoe, and Big Picture Guy, Ashe has only one play in his dog-eared game book: Get Mattie Rivera. Is it because Ashe and Mattie are locked in a last-ditch tango to save the planet? But wait! Hasn't that Doomsday Book already been etched? And why do the French keep showing up? This desperate crew of trackers, rangers, ghosts, bodhisattvas, anthropologists, totem animals, American colonial zealots, fairies, high-IQ physicists, poets and Mohawk Valley refugees all race to ground zero as the atomic clock ticks down. Will they read the tea leaves in time? No way to know until it's Christmas, when Aihouauk, Hettie, and Starkey stage an explosive entrance to bust the crime.